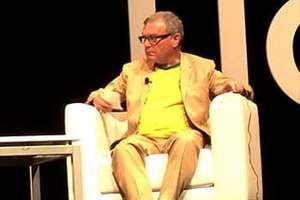 Sir Martin Sorrell, founder and CEO of WPP, in conversation with two of the global media industry's most influential leaders: Philippe Dauman, President and CEO of Viacom, and Twitter CEO Dick Costolo. Expect a wide-ranging and provocative discussion covering the biggest issues Twitter and Viacom see in the industry today, the future of their businesses and the increasingly symbiotic relationship between TV and social. Martin Sorrell is Founder and Chief Executive of WPP, a world leader in communications services. WPP companies, which include some of the most eminent agencies in the business, provide clients with advertising; media investment management; data investment management; public relations and public affairs; branding and identity, healthcare; direct, digital, promotional and relationship marketing and specialist communications. Collectively, WPP employs over 170,000 people (including associates) in over 3,000 offices in 110 countries. Clients include 350 of the Fortune Global 500, all 30 of the Dow Jones 30, 63 of the NASDAQ 100 and 31 of the Fortune e-50. Sir Martin actively supports the advancement of international business schools, advising Harvard, IESE, the London Business School, the Indian School of Business and the China Europe International Business School, among others. 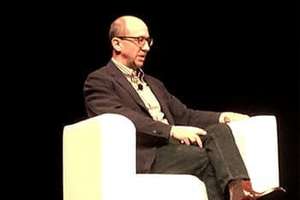 Dick Costolo is the CEO of Twitter, where he is responsible for the growth and management of the global business. Since he became CEO, the global active user base has quadrupled to more than 200 million monthly active users. Under Dick’s leadership, Twitter introduced Promoted Tweets –contextual advertising based on user interests displayed in Tweets – to increase revenue for the company. Besides its growing effectiveness as a business, Twitter is today renowned as a real-time platform that enables people and organisations to publicly share brief messages instantly around the world. Dick joined Twitter in 2010 as Chief Operating Officer, responsible for both monetisation and day-to-day operations. Previously, he was cofounder and CEO of FeedBurner. Prior to that, Dick founded two digital media companies in Chicago: SpyOnIt and Burning Door Networked Media. He was also an improv performer with the acclaimed Annoyance Theatre. He graduated from the University of Michigan with a B.S. in Computer Science and has been recognised by UM with an honorary Doctor of Laws degree. 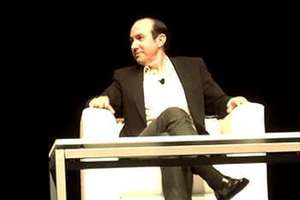 Philippe Dauman was named President and Chief Executive Officer of Viacom Inc. in September 2006 and has served on the company’s board of directors since 1987.
Philippe is a director of National Amusements, Inc. and Lafarge S.A., a world leader in building materials. He is a Board member of the National Cable and Telecommunications Association and a member of the Academy of Motion Picture Arts and Sciences and the Business Roundtable.
He serves as Co-chair of the Partnership for New York City and the Board of Trustees of The Paley Center for Media. He is a Board member of the Kipp Foundation, a national network of free, open-enrollment, college-preparatory public schools in underserved communities.
Philippe also serves on the Board of Trustees of the North Shore-Long Island Jewish Health System and the Executive Committee of the Lenox Hill Hospital, as well as the Board of Trustees and the Dean’s Council of Columbia University Law School.