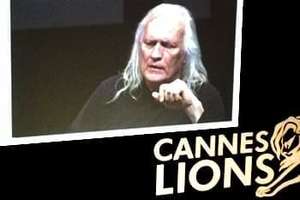 Der Macher von "Just do it" at Cannes Lions Festival

Joe Pytka has spent years shooting thousands of spots and films. He helped Pepsi win the Cola Wars, helped Apple become a business computer, put Nike together with the phrase "Just Do It," helped turn IBM around when everybody thought they were finished and put life back in "We bring good things to life" for GE.

Cannes Lions has honoured him as one of the best directors of the first fifty years of the festival. Today, a conversation with Chris Wall about how much fun he's had along the way.