My friend and former colleague Mark Radcliffe just became the creative director of D'Addario, the world's largest maker of guitar strings with a who's who of famous clients. Mark, an accomplished singer/songwriter in his own right, and a longtime advertising copywriter, has probably found his dream job. But he is going from a maker of the work to the guy who inspires and oversees the creative output of others. For anyone who has made that transition, it's not always easy. Doing and directing are two different things. How many creatives do you know who were great writers and art directors and shitty CDs? They're indecisive, less than clear with their feedback, or worse yet, unable to let go, holding on too tight to the work themselves. Mark, to his credit, is crowdsourcing advice and tips from the CDs he knows and worked for. So in response to Mark, I thought I'd scribble down the things that I learned (many from doing them wrong) and share them here, as well. 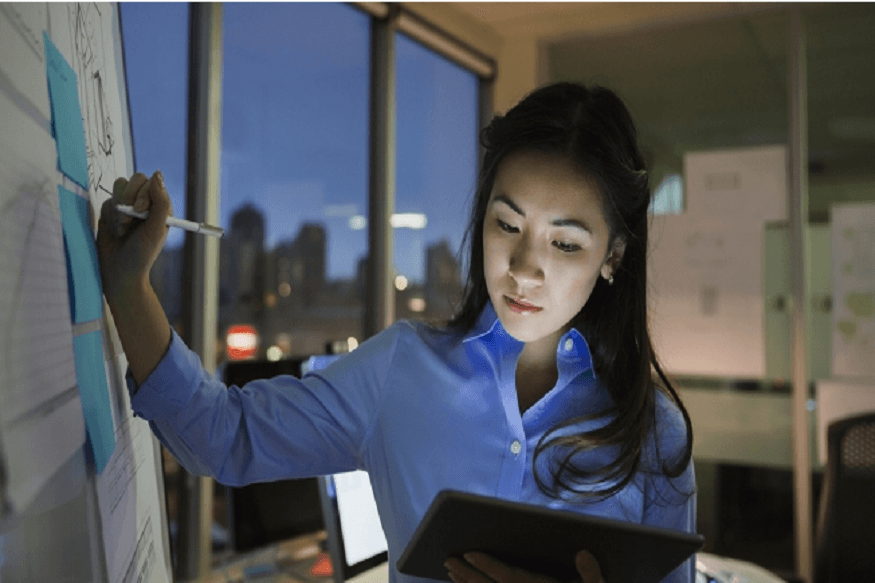 1. Set the creative standards and objectives so that everyone understands them

People need to know what the bar is and what's expected of them. Higher is better. But be clear with expectations and examples, especially if you are trying to effect change and improve the work moving forward.

2. Be approachable and accessible, and eliminate any anxiety

You're the new CD and there are creative people already working in your department. They'll be nervous, anxious to know what this means for them personally, and they'll be eager to know what you're all about.

3. Find out what your staff thinks about the work and solicit their suggestions for how to make it better

You want to know how they feel about their output and they want to know you're willing to hear their suggestions. They'll appreciate that you're listening and you'll get a fast sense of whether they share the same standards as you.

4. Create a culture of honest engagement

Allow anyone at any level to speak their mind, throw in an idea, or express their opinion about the work. It's ultimately your decision, and you have to make it, but if people feel they can be honest, you'll have a much better culture.

5. Be specific and constructive when you review work

We've all heard it: "That's just not doing it for me." What kind of feedback is that? Any CD can say that. It's meaningless. A good CD gives feedback that's useful. Why exactly isn't it working? Is there a kernel of a good idea in there? If so, find it. If not, suggest angles and directions so the team knows where to go. Making them play a guessing game is the worst thing a CD can ever do.

6. Do some work yourself, but not the plum assignments

This is always tricky. If you do the work, you risk competing with your teams. On the other hand, they'll respect your opinions about their work if they know you can still bring it. The key is to give them the best assignments, and then do something great with the one you keep for yourself.

7. Give people a fair chance, but get rid of the duds

A creative department isn't as good as its best talent. It's only as good as its worst. If you've done all of the above but still have people who aren't delivering the work that makes your organization or agency famous, they need to move on.

8. Hire people better than you

Some CDs have a hard time with this, either out of insecurity or not wanting to get shown up. But you're evaluated by the level of talent you attract and the work you inspire them to make. They might even teach you a thing or two.

You shouldn't have to save the day at the last minute. But just in case, make sure you're invested enough in the problem so that you can if absolutely necessary. Don't look for the chance to do so, but if duty calls, be there.

10. Take the blame, not the credit

If you've approved the work, then stand behind it. If it bombs or gets rejected, take the blame yourself. If it's a smash success, give the credit to those who did it and stay in the background.

Trying to get work that's a two or a three to be a three or a four is a total waste of time. A four may be better than a three, but it still sucks. You're better off trying to get the nine work to a 10.

Shootouts for every assignment are a great way to demoralize the department. No one owns the work, and people can feel that they don't have to be responsible for cracking the problem. But a little competition is good. Friendly rivalries, where individuals or teams see their peers' work and use it as inspiration to make their ideas better, are a good thing.

Give your creatives space. If you've laid out the objectives and standards, and they know you're giving them responsibility, then let them do the work. If you're approachable and accessible, they'll find you when they need you. But do hold them accountable.

14. Know that everyone is different

I made the mistake of trying to fit people to a job, rather than define the jobs to people's strengths and capabilities. All creative people are individuals. They think, concept and generate ideas using different approaches. Learn how your teams work and create so that you can help them but also apply their talents in the right ways to the right assignments.

15. Don't accept mayhem as the standard

A lot of creative departments and agencies hide behind the fact that the process is inherently messy to avoid managing it at all. But delivering briefs too late in the process, changing things at the last minute, suddenly remembering that you need four more executions, neglecting to review the work on schedule—most of that is totally avoidable with some planning.

16. Have a great creative manager

Recruit and retain someone really good to handle the organization, scheduling, team assignments, etc. You don't want your job to become overly administrative. Your focus should stay on the work, ideas and execution.

Some organization will help. But make your teams take vacations and weekends off. At least sometimes. Getting recharged and getting away help everyone find new sources of inspiration that will inevitably make them more creative and productive.

18. Be kind and generous

Creative people can be fragile. Let's face it, we're all a combination of insecurity and bravado. So be gentle. Be kind. Be generous with your time and your praise when it's deserved.